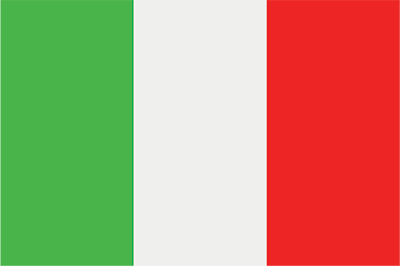 Driving through the breath-taking countryside of Italy is an experienced to be enjoyed, and hiring a car is a great way to enjoy it. This gives you the time to ‘prenderla con calma’ and see the Italian landscape at your own pace rather than relying yourself to public transport to take you from place to place. The driving pace in the major cities is fast, aggressive yet skilful for those who drive daily, while pace is somewhat more relaxed and less stressful in the countryside. Italy is steeped in history so why don’t you immerse yourself in its history and culture?  So, your car hire is an important way to get from the airport, you can make your own timetable, visit the cities and travel to the Capital Roma, or see the beautiful Lakes and its surrounding villages. But be warned the streets in some of the major cities are tight and narrow. Here is our guide to car hire in Italy.

We advise that you book your car hire in Italy well in advance to secure the vehicle you want at the best rates possible. The for demand for car hire is quite high especially in the summer months, so decide on what you want soon and compare the prices to get the best deal.

Italy is one of the most visited countries in the world. Visitors want to immerse themselves in its culture, food and scenery. Italy has one of Europe’s most diverse landscapes from its metropolitan cities, snow-topped mountains to its beautiful coastline. In a country this beautiful and with such a great road network, driving is always a pleasure. Italy is located in the heart of the Mediterranean Sea. It covers a land mass of 116,347 square miles and has around 61 million inhabitants. Italy has open land borders with France, Switzerland, Austria, Slovenia, San Marino, and the Vatican City.  Due to its shape Italy is often referred to as The Boot.

The weather in Italy is also diverse, it can range from humid Mediterranean heat in the summer to being generally cold and wet in the winter months. The most snowfall is to be found in the Mountainous regions of the Italian Alps, where skiing is plentiful in the winter. The hottest months are from June to August, when the summer arrives.

The predominant language spoken in Italy is of course Italian, but many other European languages are spoken, particularly near the borders or in the tourist areas. The Italians love the game of football and support it with a passion that transcends languages.

The nation’s capital of Italy is Rome, which is also the largest city in Italy with a population of over 2.8 million people and covers an area or 496.1 square kilometres. The Vatican City is an independent country that is situated in the city boundaries of Rome itself and is the only existing example of a country within a city. Rome has often been known and defined as a capital with two states.

There are so many metropolitan cities and beautiful and picturesque towns and villages in Italy that draw the traveller to visit and explore them, so here are some of the best cities to visit –

Rome’s history spans over 2,500 years. Everywhere you go in Rome you will see and be in awe of its heritage and history. Being one of the world’s most visited cities people are drawn to the Colosseum, Palatine Hill, Trevi Fountain and of course Vatican City – and visitors wanting to live the dolce vita lifestyle in The Eternal City.

Florence is known as the ‘cradle of Renaissance’. The historic centre of Florence was declared a World Heritage Site by UNESCO in 1982. Attractions such as the domes cathedral of the city Santa Maria del Foire bring visitors to the city. A visit to Florence goes hand-in-hand with a trip to a neighbouring city Pisa to see the Leaning Tower there.

Venice is great, though you are unable to drive around by car in this most romantic and historic city it is still a must see. Visitors to Venice come for one thing – a ride in a gondola taking in the beauty of the surrounding buildings and architecture. Then on to St Mark’s Basilica and have a drink or two in Harry’s Bar. Other big attractions are the Bridge Sighs, the Rialto Bridge and Doge’s Palace.

You will need to know the rules and differences when driving on the road in Italy. The driver of the vehicle is responsible for complying with all the laws of the road, specifically:

Make sure that you are aware of the rules of the road in Italy before you travel. It is vitally important to know what you what you must do. This will keep you safe and prevent you from running into trouble with the law.

When hiring your car in Italy to travel from an airport or any other part of the country, make sure that you know all the rules and you are confident with driving somewhere new. Italy is a great place to hire a car and get out there to see what the county has to offer. If you ever have a problem on the roads in Italy then help is at hand from the emergency services. The Country emergency number is 113, so dial that if you need assistance. To call for medical emergency dial 118. The European number of 112 also works in Italy. It is best to program it into your phone, so you can make that call quickly if you find yourself in an emergency situation.