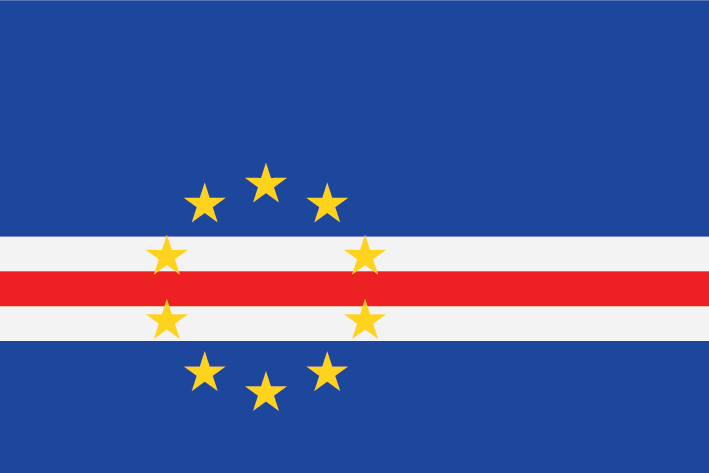 Far west of Senegal on mainland Africa, the island of Cape Verde is one of the most remote in the world and a haven for beaches, valleys, and mountains. In fact, it is often this variety of which makes the island ideal for car rental and a road trip through some incredible scenery. While Mindelo has all the nightlife and the best beaches can be found in Sal, Santo Antao is arguably the crown in the jewel with colorful flowers and flora filling the spaces in between enchanting hiking trails.

Featuring some truly sublime traditional dishes and the above-mentioned nightlife, it is easy to see why Cape Verde is such a popular destination but decent roads and favorable weather also make this the perfect place to rent a car for an unforgettable journey of discovery.

Cape Verde is yet to experience the self-service gas station, but regardless, you will find many modern service stations dotted throughout the islands. Likewise, it is easy to access food or supplies as these service areas are usually equipped with a convenience store and the high standard of such facilities is a nice example of the vibrant economy on these tiny islands.

Yes, you can find food in convenience stores, but there is also an endless lineup of eateries which offer a unique taste of the islands. Located in the heart of the ocean, seafood is an obvious staple, but these are often spiced and flavored to a range of nearby cultures from Portugal, Africa, and even Brazil. As you might expect, fish is a regular feature in restaurants, and this is certainly the case in coastal towns.

Surprisingly, the seafood is not the main attractions, for Cachupa is the national dish, and this beautiful stew is nothing short of sublime. Consisting of meat, beans, kernels and local vegetables, the dish is slow cooked and served with rice. Soup is also common, and the tastiest of these is arguably Canjo, which is a rich chicken soup with carrots, onions, and rice.

Traditional music is very much a part of the local culture in Cape Verde, and you can find this in many of the local bars, often accompanied by traditional dancing. Featuring a mix of European and African themes, this is a highlight for most visitors who can use such occasions to mingle with the locals.

Located in the hotels, the nightlife is more confined than most travel destinations, but the lively atmosphere ensures this is rarely, if ever, an issue.

Ease of access and natural attractions in Cape Verde

And then there is the range of attractions to explore in Cape Verde. From beautiful beaches and luscious parks to quaint coastal towns and historic landmarks; there is seemingly no end of things to see on the islands, while car rental and the previously mentioned roads make these easily accessible without exception. In fact, it is these stunning attractions which bring visitors here in the first place, but then you already know this, which is why you are researching the benefits of car rental for when you get there, right?

Opting for a 4×4 car rental in Cape Verde

During the summer the roads are near perfect, but cobblestone roads are extremely slippy during the rainy season with potential mudslides also posing a threat in mountainous areas. For this reason, it is best to opt for a 4×4 car rental in Cape Verde which can handle the dirt and rocky terrain. You may expect the cost in this respect is a lot higher but actually, it can work out at almost the same price as smaller vehicles.

Keep in mind, the best time to rent a car in Cape Verde will differ from person to person and depends entirely on the type of experience being sought. For example, Whale watching is between February to May and the best time for surfing is anywhere between December and April. At the same time, the winds are strong during this period, and a lot of sand arrives from the Sahara.

Rain is prominent during August, September, and October while the summer season (June to September) is most popular at which time turtle watching is common.

That being said, the roads are in pretty much the same condition year round so when you decide on the best months to suit your interests, rest assured this is still a good time to rent a car in Cape Verde.

Roads and getting around Cape Verde

Air is the most common means of transport on the island, and there are many flights between the islands of Sal, Sao Vicente, and Santiago. Travelling by boat is also possible, but then once on the islands, car rental is always a more enticing option as opposed to expensive taxis or the rather unreliable local bus.

Road conditions vary on each of these landmasses, but most of them are asphalt and easy to navigate. However, you should expect more challenging roads in places such as Maoi, Brava or Boa Vista where winding roads are increasingly narrow and made of cobblestone.

Rules of the road on the islands

Firstly, traffic sticks to the right of the road in Cape Verde, meaning the right-of-way is always given to drivers on the right-hand side. As with most parts of the world, seat belts are also mandatory for the driver and passengers, but please be aware that this rule is enforced heavily by local police.

Holders of a valid foreign driver license are perfectly fine for the first six months which means there are no issues when you rent a car on vacation but an International Driving Permit is needed for any longer than this period.

Highways have a maximum speed of 80kmh while the limit in an urban area is lower at 5kmh and when it comes to parking, the vehicle must be parked in the same direction of the traffic.