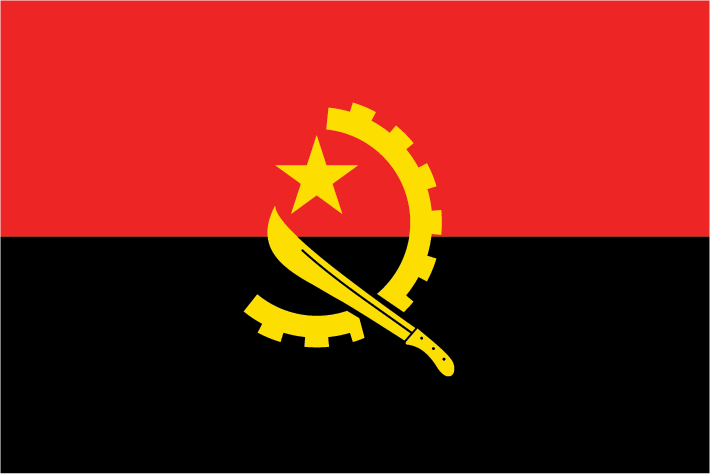 Surprisingly, the roads are high quality in Angola, and there are no toll bridges which makes road travel all the more convenient for first-time drivers. At the same time, you must take caution when driving, especially during rainy season when potholes are less visible, and some sections are impassable.

Erratic drivers do also exist, and although it should not be a major concern, theft can also occur, so it is highly advised to park a car rental in a secure environment such as a hotel or brightly lit area. These are issues in most parts of the world but while visiting a country, you simply do not have any time to waste which will certainly be the case should anything happen to the car.

Either way, this is a beautiful part of Africa to explore in the comfort of your own vehicle so while it may be a little different than driving back home, the affordable and convenience nature of car rental here should be enough to convince that there should only be one option for transportation on any visit to Angola.

Attractions and interests in Angola

Simply put, Kalandula Falls is one of the most spectacular sights on the continent of Africa and certainly less touristy than some of the better-known water features such as Victoria Falls.

Quiçama National Park is where you can find the wildlife while the wild dunes in Iona National Park ensure this is a country of genuine variety whether you consider the landscapes or the wide range of exciting things to do. And then there is the coastline of Angola which is home to awe inspiring scenery and stunning beaches with the most beautiful white powdered sands. In fact, everywhere you look there seems to be another natural attraction to unearth and when the weather is kind, it makes Angola such an incredible place to be.
Yes, Angola is home to plenty of wildlife, national parks and beautiful scenery to the delight of arriving visitors. You should find friendly faces and a vibrant culture amidst the population who are incredibly proud of their National sport which is football. While very few footballers from Angola are known to have made it onto the highest stage, in the UK for example, this does little to calm the fever when it hits. In this sense, you should find that football is common place throughout the country and it is almost symbolic of the way in which locals here treat their lives like a never-ending celebration.

Angola experiences a tropical climate which is dominated by rainy and dry seasons like most other countries in Africa. While this climate varies depending on geographical location, it is typically wet during summer and then cool or dry in the winter months. As a rule, summer lasts from November to April and the winter months are from May through to October. Most of the rainfall occurs during summer and the warmest time of year in Angola is the month of March.

While some travelers will time their trip to Angola depending on the month, it must be said that there is a warm climate here throughout the year and anytime, seems like a good time to visit.

Finding fuel while driving in Angola

This should never be a concern as there are many service stations in most parts of Angola and most of these are even open for 24 hours every day. In major cities and towns, this can differ where the opening times are usually between 8 am and 8 pm.

While we obviously hope that you will never need any of these numbers, you should absolutely take note of them. The country code for Angola is +244, but there are several emergency numbers with each having a different purpose:

Arguably the best time for car hire is from the moment you arrive at the airport. In this case, you can obviously pick up your bags and get moving, rather than wait around for taxis or local transportation. Also, the route from Luanda airport in Angola to the city center is very safe and straightforward, so this is often a nice introduction for drivers who might be concerned about driving in a new country.

Angola also has quite a high cost of living which certainly extends to transportation costs so keep this in mind and rest assured knowing that you get exactly what you pay for, and more, when you rent a car at the airport. In this regard, it makes perfect sense to pick up your car rental from Angola airport rather than filter through the more expensive and complicated options available.

Rules and regulations to keep in mind

You must be above the age of eighteen for car rental and to drive in Angola for that matter, and this along with the above-mentioned license and insurance documents are the minimum requirements. With that being said, once you take to the road with your car rental, you are entirely responsible for what happens, so the following rules are just as important: